The winery, recently remodeled, is conceived for the use of our Verdejo grape, so appreciated in the national and international market. Following the traditions and bringing the new viticulture trends, the highest technology is used to give the wines the care they require. In line with our philosophy, the production of white wines in Bodegas y Viñedos Nieva is traditional.

The grapes of vines on trellises are harvested at night so as not to expose them to the high temperatures of the day, thus reaching the winery in perfect conditions. Instead, the grapes from our old vines are harvested by day due to the difficulty and care involved in this process among such ancient vines.

The grape that is used to elaborate this wine, comes from vineyards which have their origin in Verdejo variety. They have resisted to Phylloxera plague during the nineteenth century and they are non grafted vines, that is why they are called Pie Franco, because they preserve their original root. The age of the vines is more or less one hundred years. They produce a very high quality and exclusive wines. Just 30.000 bottles a year are produced of this wine. Viñedos de Nieva has in its property 10 hectares of Pie Franco, and controls the most of the area of this kind of vineyard which is in danger of extinction. Given the age of the vines and the fact that they are not irrigated, they produce just two bunches each plant, giving fresh wines but dense and with a great complexity. 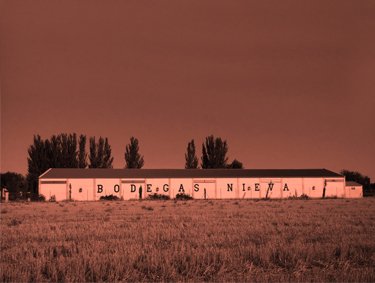 The location of the vineyards in Nieva belongs to the 12th century, when the commercialization of the wines started with the peak of Los Cartujos monastery. The maximum production of grapes took place in 19th century.

Viñedos de Nieva has in its property 50 hectares of Verdejo (from Rueda in its origin) and 6 hectares of Sauvingon Blanc, imported from France and very well adapted to the soil and climate conditions of Rueda.

Our wines have all the good things about Rueda in our Segovian estates with the unmistakable personality of Martue. Three white wines like three children with the same love but different from each other.